Thanksgiving ended last weekend. As I was sending off my cousin at the airport, I felt extremely lonely. Sending off my friend from W-college was way better because I had my cousin beside me. Airports, at that instant, became the loneliest places on this Planet in my mind. On the good side though, I have my bed to myself again. (which is something I didn’t expect  myself to miss. I “upgraded” my bed from a twin into a full size one month ago. Since then, I have waken up at the other side of my bed several times in the morning. At first it was somewhat scary because I would wonder for like 10 seconds where I was and then realized that it was the same bed, only that I woke up at a different location and my eyes didn’t get used to the direction of the sunshine. Although I have to say, I get used to a bigger bed quicker than I expected. At first I had to sleep with my doll in order to not feel way too lonely in the morning. After two weeks it was all good. )

This year’s Thanksgiving was used to its optimum in my opinion. We visited Winchester Mystery House in San Jose, I got to ride my first CalTrain ride. (and took several excited selfies on board) It has been over a year since I had a trip with my cousin. The last time we travelled somewhere was in August 2015. Way before that, in January 2014, the trio (my brother, cousin, and me) went to Bali for our winter holidays (and sadly, my last winter holiday that covered Chinese New Year.) 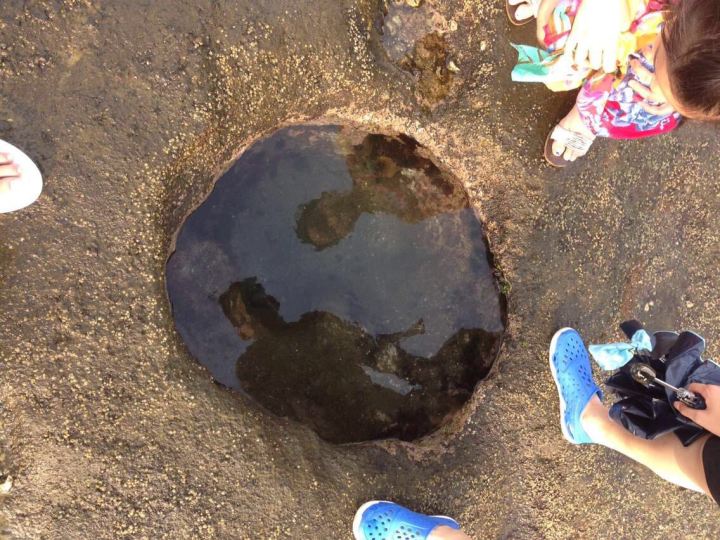 (Us watching a pond of sea water in Bali, near a temple that, if I am remembering correctly, worships a sea god.)

It was pretty exciting to get to travel to two of my best friends. We visited San Jose shortly before the Winchester Mystery House

(the CalTrain station of San Jose)

While we were onboard, the scenery outside makes me wonder: Across the Bay Bridge, you can’t find another town like Berkeley, or Oakland, or just Alameda County in general. The buildings are much nicer, I was able to locate one hippie street art at San Jose. I have to say, I have taken the lively power of Berkeley for granted for so long. More thoughts on this, I was probably shaped by Berkeley into a somewhat hippie person as well: I grew to have much more tolerance towards people or people’s ideas that I disliked on the first sight; I was more willing to listen to people’s issues and realize that, despite our difference in living situations, educations, personalities, there are issues that we mutually pay attention to. Whenever I felt the connection between my peers and I, I was moved, sometimes profoundly, sometimes for just a second, but I was indeed moved. I never realized that despite being such lonely animal by nature, I was able to see parts of me (interests, viewpoints, ideas, etc) on different people. The experience gradually made me realize: despite the conflicts and dramas going on and the worries caused by them, it might be possible to hear each side out.

By no means I am degrading the great scenery of San Jose, Palo Alto, all the cities across the Bay Bridge here. I’m just saying: I never realize that a college town can have such impact on the students.

Apparently when we were in San Jose there was an ice hockey tournament going on. The whole town squeezed into an arena and symbols of sharks are everywhere. One thing catches my eye: while we were walking towards the center of San Jose, we walked below a bridge, which had blue and white circles painted on its bottom. We thought that it might be because of the whole “shark” theme. Walking through the bridge is like walking into a sea park filled with sharks?

(A picture found online. We were there during daytime. It looks way more “ocean park” at night.)

We waddled aimlessly for a while and decided to have lunch. We also found a “dog park” with no dogs in it. Maybe the dogs were at the shark’s game. I had my first “rum ice cream”, it was awful. I thought I could endure alcohol more in a different format. A question for my 30 year old me, or 50 year old, depending on when I figure this out: is it just me or does everyone actually find alcohol’s taste pretty bad? and do they just pretend they like it anyways?

On a side note, I found champagne taste of jelly beans. They were packed sweetly in a tiny toy champagne bottle (made of plastic) and only tasted like a hint of champagne. I guess I found my alcohol intake threshold.

We also had some Pho at the food park. We were having ice cream and fries as lunch and all of a sudden it seemed like everyone sitting around us was having this same bowl of noodle soup. So we got excited and went for a try. At first sight we thought it was just Chinese beef noodle soup but when we actually got to see it, it was clearly Pho. The taste was ok, I can’t figure out why everyone was having it. (maybe it was the only semi-healthy option in the food park?)

The Mystery House was not as scary as I thought it would be. I did get a little bit dizzy at the beginning because of the strange staircases. In my opinion, it was a rather well designed house, with some strangeness to it but the strangeness was negligible. We even got to visit the basement of the House. But in general, I didn’t find the house mysterious.

The San Jose trip was the farthest we travelled in the Thanksgiving Holiday. Exhausted from all the walking and sightseeing, the three of us fell into sweet dreams on our CalTrain ride back to SF. I fell asleep despite that the train was lighted so brightly as if we were in an operation room.

After Thanksgiving it’s the last week of class. (although I thought we had two more weeks of classes. We did. But one of them was dead week.) For some reasons I felt rather sad to leave my Stat class. It was not a class of smaller class size where I usually got attached to my classmates and the faculties. My Stat class was huge. Maybe it’s because I put in tons of effort into my homework and lecture notes. On the one hand, I can’t wait for the class to end so that I can finally stop worrying about the annoyingly daunting conditions and types of hypothesis tests. On the other hand, I felt like I had a really rewarding and fulfilled semester. I learned so much and it would be sad to see the semester coming to an end, like any good novels I enjoyed.

Today is Friday December 2nd, last day of instruction. My roommate and I decided to go for a one-day skiing trip to Lake Tahoe before the whole deadness of dead week hit us. I got my Japan Visa and winter break is just around the corner. I have mixed feelings but now it’s not the right time to sort the feelings out. Anyways, I guess that’s all for this blog post. I wish all the students taking final in the next few weeks (including me lol) a success final and a satisfying winter break.